From the land where the highland breed originated…

BRINGING EXCELLENCE TO YOUR HERD…WHEREVER IT MAY BE

Scottish Genetics came into being because of the increasing demand worldwide for new Highland Genetics. Ever since I became involved with Scottish Highland Cattle, almost fifty years ago, the breed has spread worldwide. These cattle, bred for generations and specifically adapted to the hills and glens of their native land, have excited the interest of breeders across the globe. 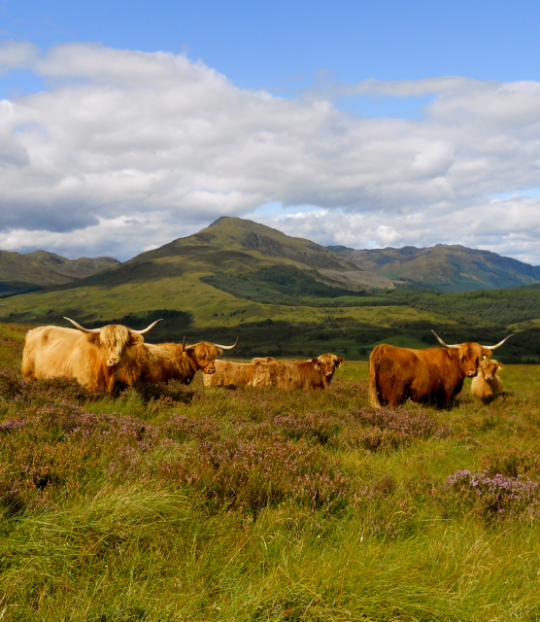 The growing interest in Highland Cattle over the past forty years has led to Breed Associations being set up the world over. Every year Highland breeders from overseas attend the February and October sales in Oban organised by the Highland Cattle Society, with regular consignments leaving the sale having been bought by breed enthusiasts throughout Europe. I can well remember a time when Highland breeders from the United States, Canada and Australia would attend the sales in Oban prepared to go to great expense not only buying whatever cattle took their fancy but also more than willing to pay often as much as the buying price to get their chosen cattle back home. 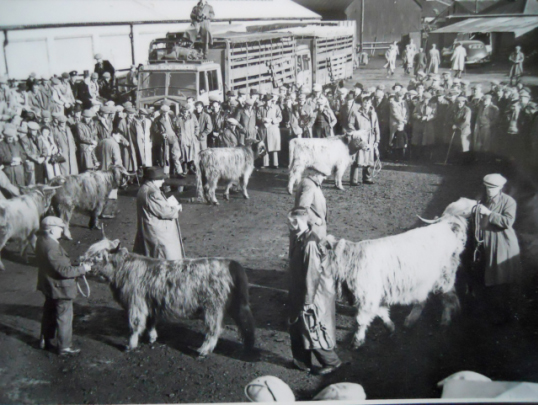 I myself over the years have sold Highland bulls and heifers to breeders in Australia, Canada and the United States; thankfully they all survived the long journey and went on to do well in their new homes. Today costs and governmental regulations make this sort of transaction prohibitive.

By far the best way for Highland breeders to introduce new genetics into their breeding programs is by artificial insemination or embryo transfer. 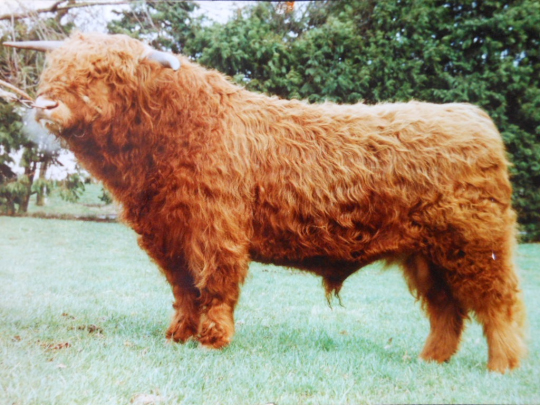 THE IMPORTANCE OF AI

Highland breeders not only at home but throughout the world have benefited from the many good Highland bulls that have been made available in AI programs over the past 50 years.

The first Highland bull to be used in an AI program was GILLE COIR 2ND OF SCONE PALACE 5602 in 1964. I have long been convinced of the value of AI programs in broadening and improving the gene pool. In 1993 and again in 2003 I gave the Highland Cattle Society the use of my bulls, MOLOUG of TINTO 7573 and CONAN of CORRIEMUCHLOCH 8917 with the proviso that the semen was to made available worldwide and that any monies made from the sale of semen were to be used for breed development. 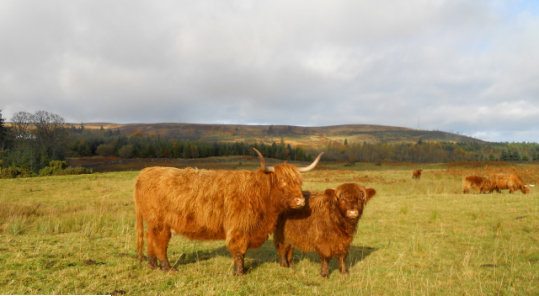 I have had the privilege on many occasions to have been invited to judge overseas and also to help new breeders select cattle to establish their folds, always taking particular care in relation to the environment in which they are to be kept. On my recent visits to the United States and Canada several overseas breeders have asked where they might source high quality Highland semen from genetics which as yet were new to AI programs outside the UK. Repeatedly I heard the phrases:

Structural correctness in the udders

After giving this carful consideration for some time I set about to try and find such a bull, looking at cattle all over Europe, the USA, and Canada. I finally saw what I considered to be IT.

If you would like to know why, please visit our Bull One page.

• all animals named are identified by their Highland Cattle Society herdbook number.
• all weights are given in kilograms. A metric/imperial converter is provided.
• all prices are given in GBP of the date of sale.